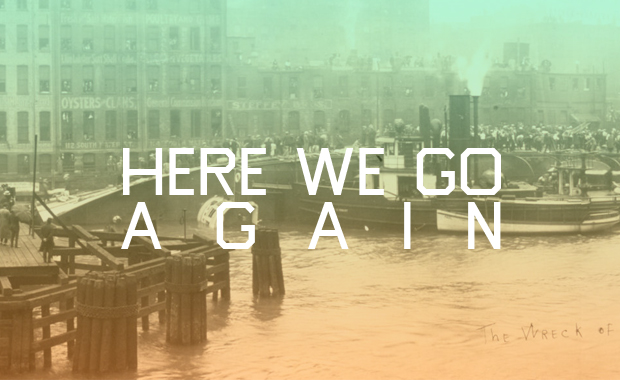 Many of last week’s news articles were focused on the surprising and lamentable Costa Concordia shipwreck. As such, this issue of HERE WE GO AGAIN looks at five tragic shipwrecks over the last hundred years, illustrated with contemporary archive material.

Possibly the most famous shipwreck of all time, the RMS Titanic sank in the North Atlantic Ocean on 15th April 1912, after colliding with an iceberg. 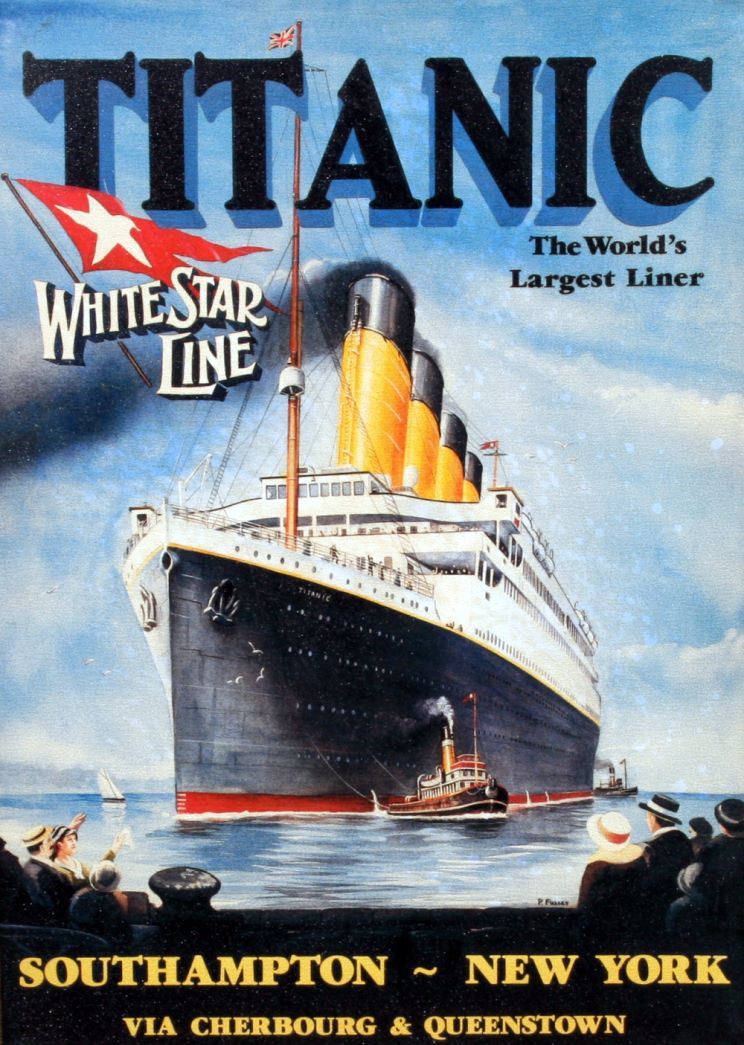 The Titanic was, when it sailed, the largest passenger steamship in the world. Designed also to be as luxurious as possible, it not only utilised the most advanced technology in its construction, but also had opulent interiors and features for passengers – such as a gymnasium, a lending library, and a swimming pool. 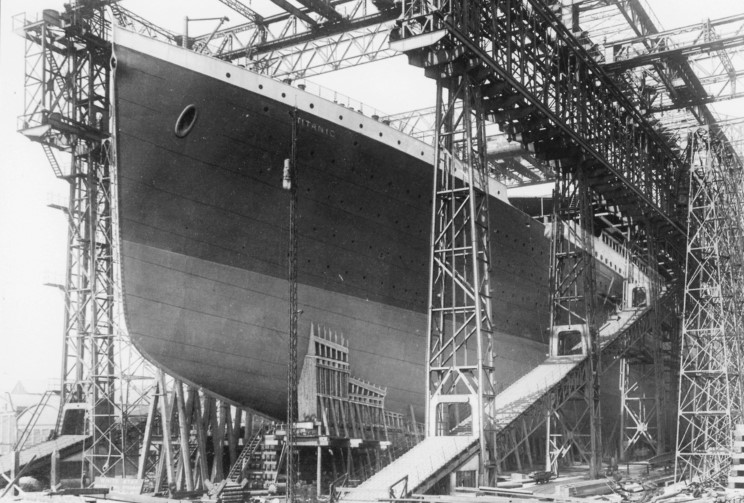 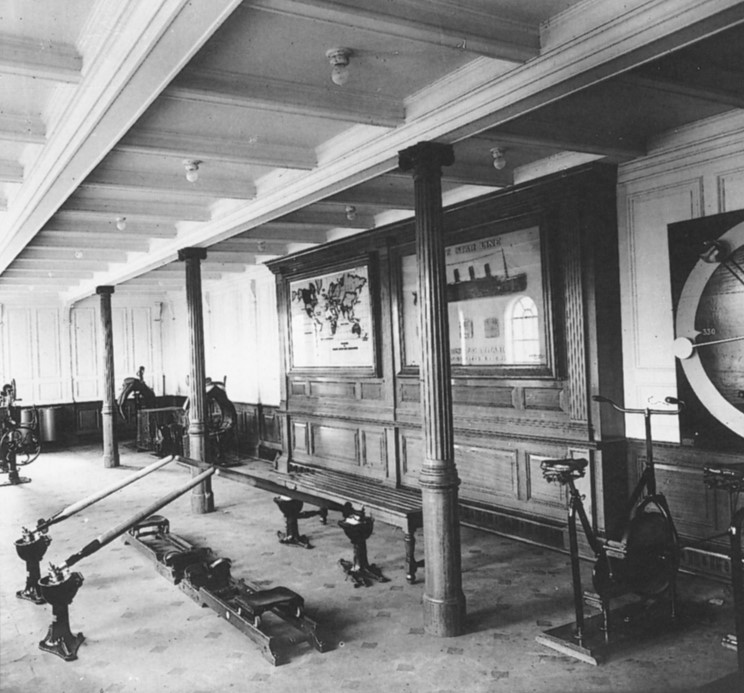 The Titanic left Southampton, England, bound for New York on 10th April 1912. There were 2021 people on board, in three classes. 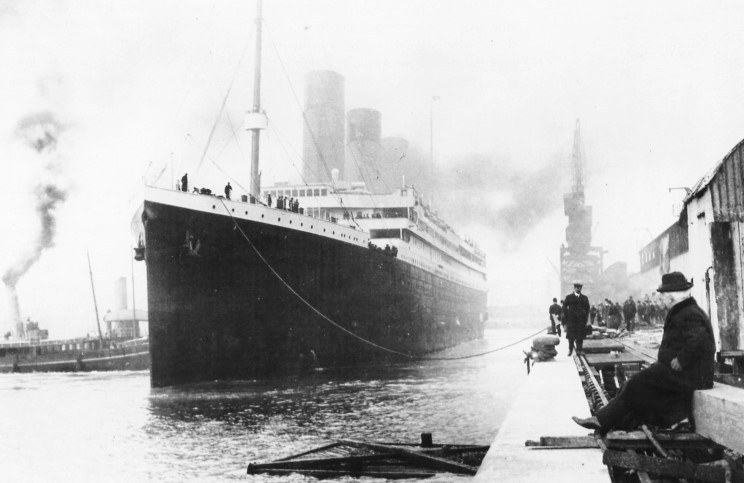 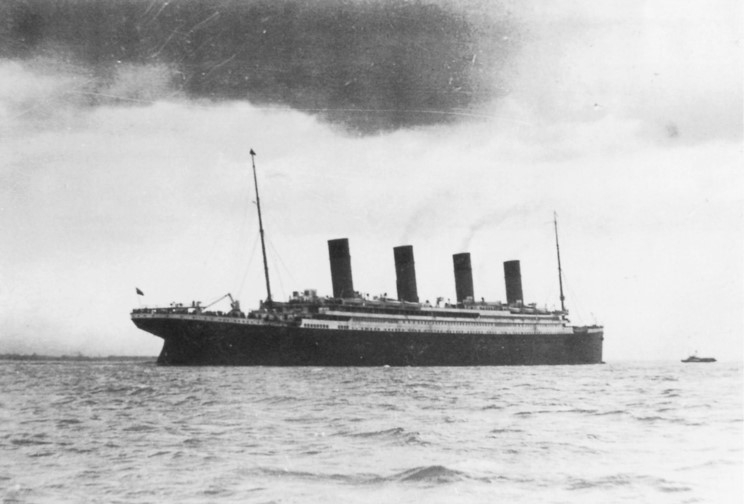 Around 11:40pm on 14th April, an iceberg was spotted directly ahead of the Titanic, and the crew immediately took what evasive action they could. The ship turned hard to port (left) and endeavoured to slow down, but such manoeuvres took time in such a ship. They avoided a head-on collision, but the iceberg nonetheless scraped along the starboard (right-hand) side of the ship, buckling the hull, breaking rivets, and ultimately exposing six of the sixteen compartments to the sea, which began to pour into the boiler rooms and hold. As the ship began to flood, the crew did what they could to prevent further flooding, but to no avail. Aware that the ship was going to sink (the Titanic could remain afloat if no more than four compartments were flooded), the senior crew gave the order to evacuate the passengers. The passengers were not initially informed that the boat was sinking, merely that they should head to the boat deck and as such panic did not ensure.

– Photo of the iceberg which was probably rammed by the RMS Titanic. Photo by Stephan Rehorek. 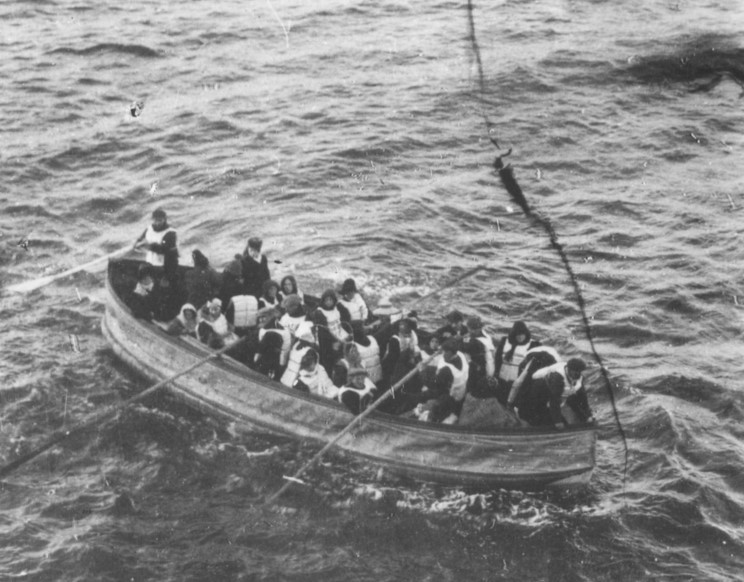 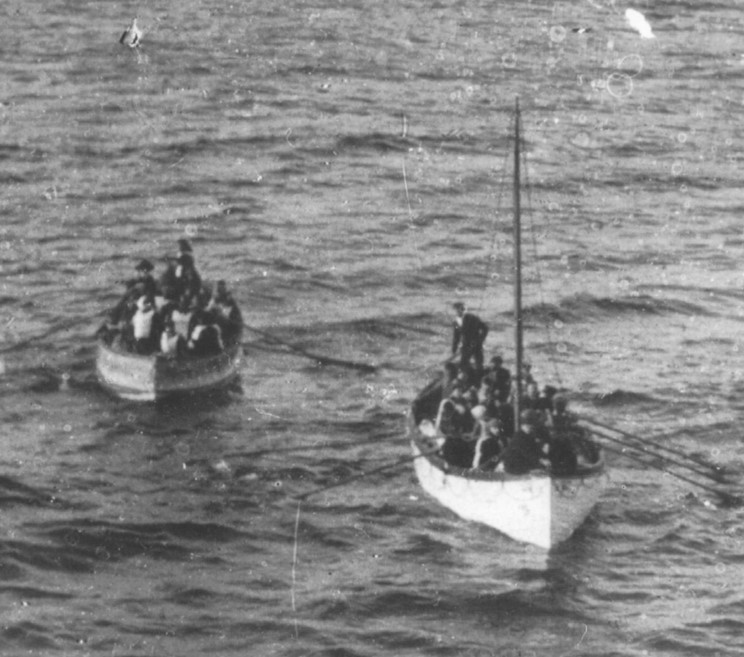 Due to outdated safety laws, however, there were not enough lifeboats on board to accommodate all of the passengers. Although the Titanic had the capacity for 68 lifeboats, the owners (the White Star Line) had allegedly wanted a wider promenade with unobstructed views and, as such, there were only 20 lifeboats. At full capacity these were capable of holding only 1178 passengers – less than half of the number on board.In the ensuing confusion and rising panic, women and children were made to board the lifeboats first, with some leaving the ship only a third full. For various reasons, most of those who would survive were from first and second class – few passengers from third class made it up onto the deck at all.By 2:00am, all but two of the lifeboats had been launched. Despite the efforts of the crewmen below decks, Titanic was now largely flooded, and fifteen minutes later the stern rose into the air as a result of the water in the bow. The stress on the ship’s structure caused it to snap in half, whereupon the two halves quickly sank.
Survivors on RMS Carpethia: 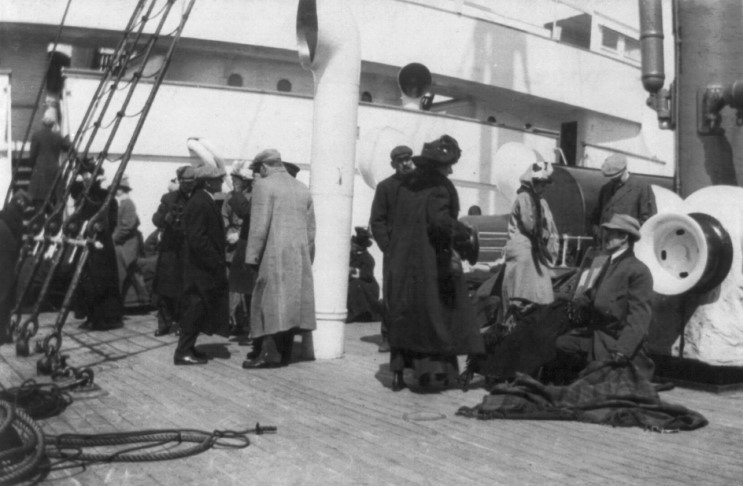 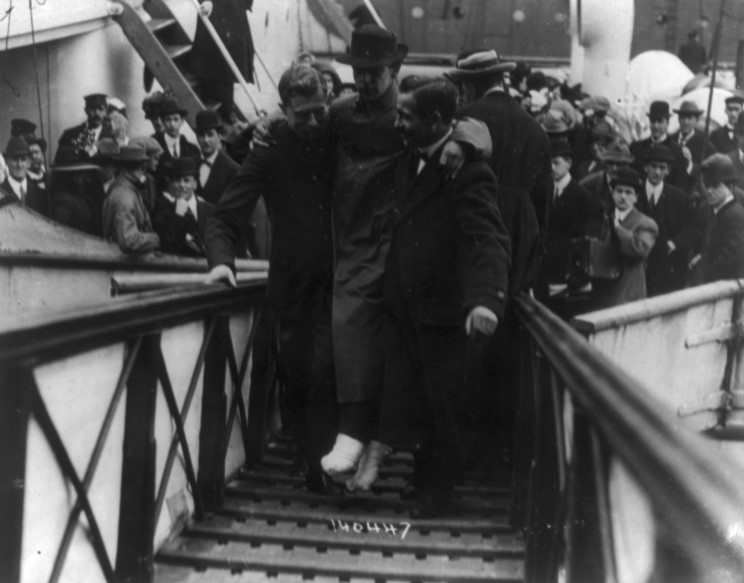 Only two of the eighteen launched lifeboats returned to look for survivors a while later. Only 711 of those on board had survived – 1514 perished. The majority of these would have been due to hypothermia from being in the -2°C water. The survivors were rescued by RMS Carpathiaat around 4:00am, and were taken on to New York where they were greeted by thousands of people. Four ships were sent out to retrieve bodies, though they only located 333 and a number of these had to be buried at sea. 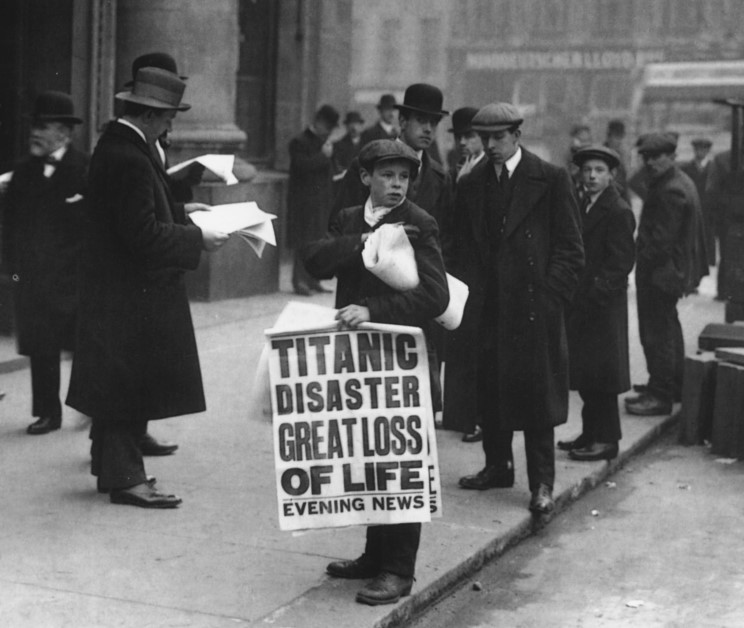 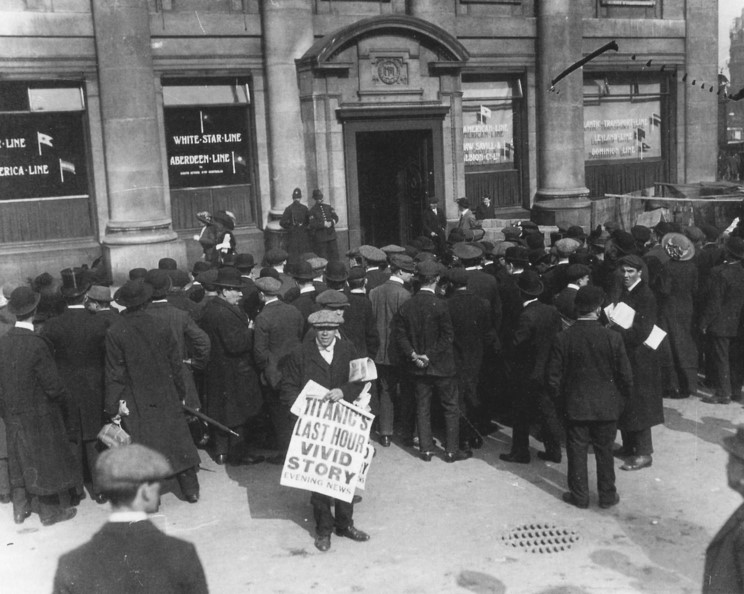 The disaster caused a media frenzy, provoked by the large loss of life, unusual circumstances, and famous passengers. It provoked changes in maritime law, and has ultimately become an renowned incident of enduring interest.

The SS Eastland was a passenger ship based in Chicago, USA. 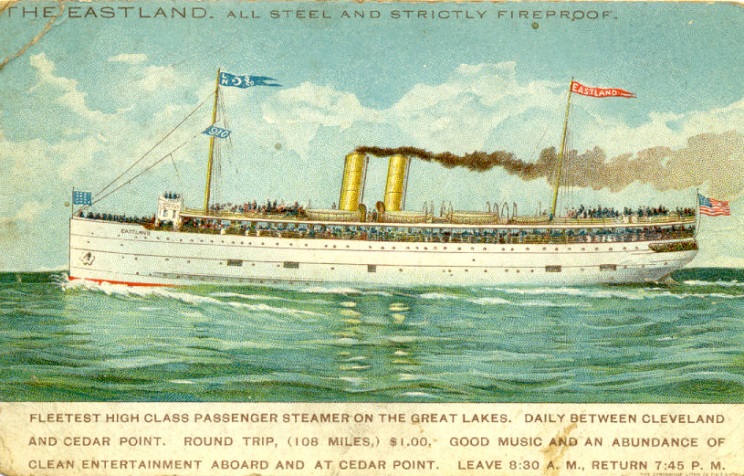 Shortly after construction in 1903, it became apparent that the ship had design flaws that made it effectively top-heavy, and made it susceptible to listing. This was a particular issue if too many people stood on the upper decks. There was an incident within three months of its launch that illustrated this, when overcrowding caused it to list, and water to run up one of its gangplanks, though it was quickly rectified. 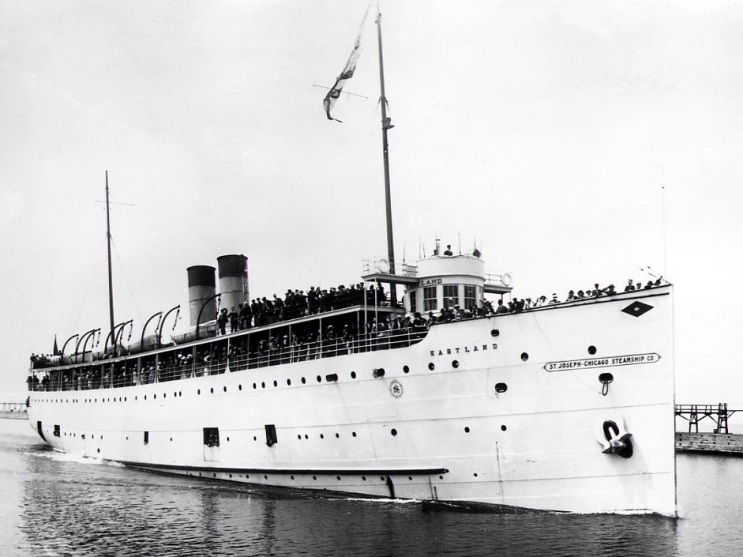 On 24 July 1915, the Eastland and two other Great Lakes passenger steamers were due to take employees from Western Electric Company’s Hawthorne Works in Cicero to a picnic in Michigan City. Passengers began boarding at 6:30am, and 40 minutes later ship was at full capacity, with 2572 passengers on board.

Earlier that year, in March, the Seaman’s Act had been passed. One of the results, influenced by the sinking of the Titanic, was that the Eastland had to be retrofitted with a full compliment of lifeboats. This, it is thought,  served to make the ship even more top-heavy and unstable.

With many passengers standing on the open top decks, the boat began to list to the port side, away from the wharf. The crew took measures to try and stabilise the ship, but when more passengers moved over to the port side of the boat around 7:30am it suddenly tipped, slowly rolling onto its side and coming to rest against the riverbed twenty feet below. Those who had already moved below decks were immediately trapped by the water and movement, with many crushed by heavy furniture as it fell across the rooms. Being so close to the wharf, people around the Eastland immediately came to its assistance, including the Kenosha, which moved alongside to allow passengers to walk from the Eastland to the wharf in safety. Despite this, 848 people died in the accident.

The shocking event led to arrests and an enquiry, but nobody was found guilty of any wrongdoing.

Further Information:
http://www.maritimequest.com/liners/eastland/eastland_front_pages_page_1.htm
– Four pages of local newspaper headlines (some more legible than others), very interesting to compare across.http://www.maritimequest.com/liners/eastland/eastland.htm
– Pages of photographshttp://collectingseminar.wordpress.com/2008/09/07/postcards-of-historic-disaster/
– Collection of disaster postcards – Eastland near the bottom.http://www.eastlanddisaster.org/disaster.htm
http://www.damninteresting.com/the-fall-of-the-eastland/ – Damn Interesting’s article on the event, with handy links at the bottom.http://www3.gendisasters.com/illinois/10516/chicago-il-eastland-disasters-jul-1915
http://commons.wikimedia.org/w/index.php?title=Special%3ASearch&search=eastland+chicagoWikimedia commonshttp://www.eastlanddisaster.org/timea3a1.htm

Estimated to have caused over 4000 casualties, the collision of the Philippine passenger ferry MV Doña Pas with the oil tanker MT Vector in the shark infested Tablas Strait, ranks as the greatest peacetime maritime disaster ever. Tragically it is believed many of the passengers burnt to death, rather than drowned. Owing to the rapid speed with which both ships sank, and that no rescue was apparently launched until 16 hours after the collision, very little documentation exists. The biggest attempt by the western world to document the event came in the form of National Geographic’s ‘Asia’s Titanic‘ – a documentary consisting of interviews with survivors, archive footage, and a filmed ‘reconstruction’ – which can now be watched online:
[youtube http://youtu.be/os5yWCUNXCs]
[parts 2-7]
As the ship’s manifest accounted for less than half the actual known passengers, efforts have been made to find the names of all those on board, and can be read here.

Also among the worst recorded maritime disasters is the sinking of the MV Estonia in the Baltic Sea. The event claimed 852 lives and would go on, like the Titanic, to have great influence on future ferry safety standards and life-craft design. A major investigation was made into the causes of the disaster and can be read in full here. A detailed 3D digital reconstruction of the sinking sequence also accompanies the document:
[youtube http://youtu.be/ATztTvlschw]
There were numerous conspiracies surrounding the sinking, many relating to the secret transportation of military equipment. The most famous was by Jutta Rabe, the German investigator (and now deputy chairman of the Europe section of the German Federation of Journalists, Berlin chapter), who lead a controversial dive expedition in 2000 to the MV Estonia shipwreck, which informed her book Die Estonia: Tragödie wines Schiffsuntergangs. This event would later go on to be made into the film Baltic Storm (2003). Footage from that expedition, including many interviews can be found below:
part 1
[youtube http://youtu.be/Muo-WFW56BM]
[part 2 / part 3]
On 23rd May 2005, The New Statesman published an article titled ‘Death in the Baltic: the MI6 connection‘ by Stephen Davis, which further investigated and supported the theory regarding the British smuggling of Russian military equipment onboard the MV Estonia.
A compelling survivor’s story can be read here.

Finally, we come to the MV Le Joola, a Senegalese government-owned ferry that capsized off the coast of Gambia almost ten years ago. The disaster was caused by overcrowding, poor maintenance of the ship, and its sailing outside its coastal limit during rough seas. Despite the loss of 1863 lives – making it the second-worst non-military maritime disaster ever – there was relatively little reporting on the event in the western media. Remarkably, it predominantly gained coverage in the west through the Sports-related media, as then-Birmingham City Footballer Aliou Cissé had lost 12 members of his family in the shipwreck.
This YouTube video, made in homage to the MV Le Joola, contains rare unofficial dive footage of the sunken ship [viewer discretion is advised, as some scenes may be found disturbing].
[fusion_youtube http://www.youtube.com/watch?v=2Cg-ONQGzU8/]
[/fusion_builder_column][/fusion_builder_row][/fusion_builder_container]