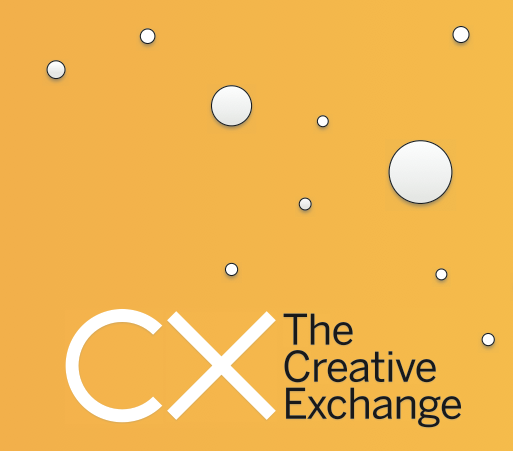 Last Friday I had the pleasure of trundling up to Manchester and the BBC’s new MediaCity. Nearly a year and a half on from the rather impressive launch event at MOSI, the first batch of projects funded by the Creative Exchange were ready to show us what they’ve been up to.

If you’re not familiar with it, the Creative Exchange is an AHRC initiative to ‘bring together pioneering companies and the best academic thinkers to explore the potential of something we are calling digital public space where anyone, anywhere, anytime can access, explore and create with digital content’.

The event started with a couple of talks by John Howkins and Neville Brody, the latter of whom spoke at the launch event last year. They talked about a wide range of things, but spent much of their time trying to explain what the digital public space actually is.

John began by speaking about the history of the creative economy, defining it as ‘the desire, passion, and freedom to say what you want to say and change the world with it’. He made the point that creativity and innovation are not synonymous, which is something often forgotten, and explained his dislike of the term ‘knowledge exchange’, saying, “it implies knowledge is an object, and though it is sometimes like that, it’s also more than that”.

Similarly, he though ‘digital public space’ to be a tricky phrase, that the lack of boundary definition was an issue. He said, “We can describe the Industrial Revolution, but what makes it real are the individual inventions and projects, the way work and life changed… different sorts of assets and transactions”; he doesn’t want a comprehensive description of the digital public space, but wants one interesting thing that sums up the change we are living through. He believes that a definition will come through examples.

Neville opened by stating that in order to develop the creative economy we need to develop new people, practices, ideas, and tools. Continuing the theme of revolutions, he agreed that “the Industrial revolution isn’t the steam or coal revolution. It is defined by the society it produced.” He suggested that perhaps this period of change will become known as the ‘knowledge or social revolution’ – a suggestion he previously made at the launch event. He reminded us that the digital public space initially came out of the BBC’s attempts to digitise its archives – the problem was that each piece of material came with a vast amount of information – scripts, props, context, etc. – that was relevant. Indeed, everything generates information. All major organisations have this same problem, and it was felt that standard forms needed to be developed.

Thus we didn’t receive an easy definition for the digital public space – but it’s an idea still in its relevant infancy, and it will develop. That said, one gentleman in the audience made the comment, ” We talk about the division between the brain and consciousness. The digital public space is more like consciousness,” which is perhaps as good a sense of definition as we need at this point.

After these short talks, we were able to putter around, examine the interesting project displays, and talk to the people behind them. I’m not going to describe the fifteen individual projects I saw – we’d be here all day – but I encourage you to read about them on the Creative Exchange website. Projects that particularly caught my eye, however, were the Ministry for Good Procurement and Where Do You Go?.

Overall, though, I was impressed by the diversity of the various projects, and the enthusiasm people had for them. I can see a number of them developing further and look forward to seeing what comes out of the next batch of projects.